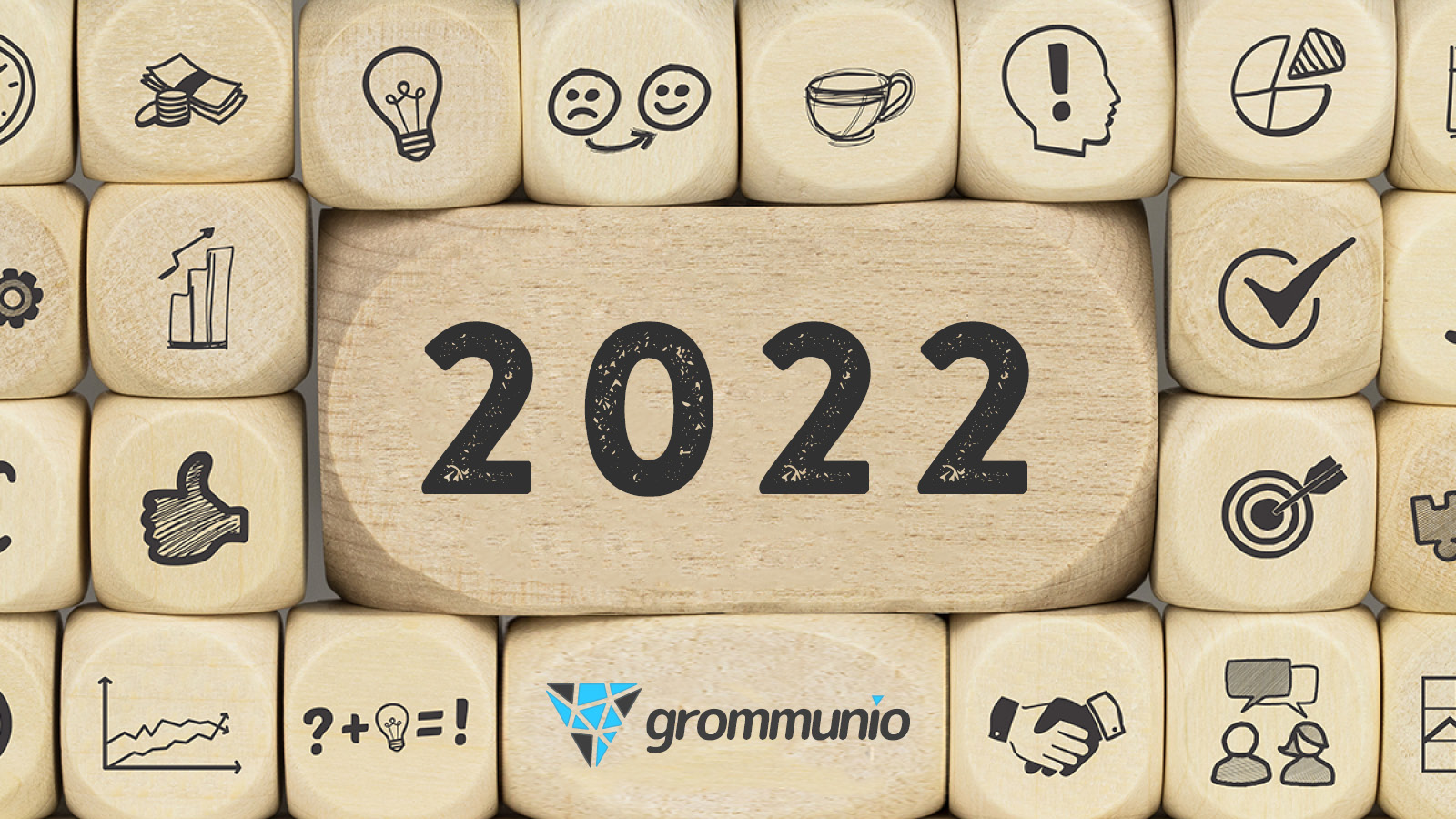 Only two years ago, Norbert Lambing and his team from Vienna, Austria founded grommunio, the vendor of the world’s leading open source groupware replacement for Microsoft Exchange. What started as “Grammm – Groupware and much much more” has since become a well-known player on the market, with more than a hundred of partners all over the world, several releases per year and a vivid community.

2022 brought a lot of attention in the media for grommunio and several strong new partnerships, among them T-Systems with its Open Telecom Cloud and the UpgradeToLinux initiative (UTL), sparked by John “Maddog” Hall, the Linux Professional institute (LPI)’s chairman of the board.

The year started with grommunio on the cover of the German Linux-Magazin 02/22, and a specially crafted edition on the magazine’s DVD. The corresponding article stretched over eight pages explaining architecture, software and concepts of grommunio’s version 2021.08.2 with new features like mobile apps in app stores, stretched cluster installations, OpenID, Public Stores import, and much more. For the Magazine, our developers also included a script with instructions on how to migrate an existing Exchange server. You can read the full article here (PDF, German).

In March, Linux-Magazine continued to report on grommunio: In its issue 04/22 grommunio was one of a set of competitors in a market overview of “Open source alternatives to Microsoft Exchange”. The journalists threw particular attention to the stability of the software and its scalability – in brief to the usability for very large numbers of users. For seamless extensibility, Grommunio supports so-called sharding with a horizontal distribution of databases to multiple hosts. But its deep integration and knowledge of Microsoft Exchange Protocols which allows its seamless integration of Outlook and mobile clients puts grommunio ahead of the competition.

And hence also the “IT Administrator”, a German magazine focusing on professionals of any kind, no matter if they are using open source or closed software, brought a longer report on grommunio and the migration of a Exchange Server to grommunio. Since it implements the original Microsoft protocols RPC over HTTP and MAPI over HTTP and because it enables seamless use of Outlook while complying with data protection rules migration from Exchange becomes very easy. Read the complete article here (PDF, German). On top of all that, users gain many features around mail, calendar, video conferencing, chat, mobile device management, file sharing plus and the new grommunio Office.

The summer of 2022 brought a special OEM partner to grommunio: T-Systems joined the growing network of grommunio partners. As a Platinum Partner they announced that they will launch Open Source Collaboration on the Open Telekom Cloud – a software bundle based on open source and including all Features of grommunio. With the goal of compliance regulations in the public and private sector as well as the EU’s General Data Protection Regulation (EU GDPR), T-Systems makes sure all data stays within the boundaries of the EU and will host the collaboration software on servers located in Germany. grommunio will continue to develop the core components of the software, while T-Systems will host and provide support to their customers with their own team of open source experts.

After a major workover of grommunio’s community pages in July, September saw the second release of the 2022.5 series, which was officially a “minor” release. Nevertheless, it came with a huge number of changes, bugfixes and improvements and new features like support for PHP 8.1, topic search, 22 languages and improved Public Folders.

Later that year, a decision by the American software company pushed grommunio in the focus of many new customers: In a blog post, Microsoft announced that its Office versions from 2016 through 2019 would no longer be able to access the Microsoft 365 cloud. With support for Office 2013 ending in April 2023, only the latest versions will be allowed to connect.

grommunio, however, not only supports all of the Outlook and Office versions mentioned above, but also offers numerous enhancements, benefits and a much broader feature set than most other groupware solutions. On top of that, 2022 saw a series of severe security breaches in Exchange products, one of them so complicated that even the vendor himself was struggling to find a persistent fix – time for a change to grommunio!

Again, it was Microsoft that gave the inspiration for the next great grommunio story: The release of Windows 11 and its issues with installations on a variety of hardware had computer enthusiasts launch the initiative “Upgrade to Linux“. They united under the goal of promoting the use of open source software, and grommunio is proud to be among the early supporters.

The initial idea came from Jon “Maddog” Hall, senior Linux evangelist and chairman of the board of the Linux Professional Institute (LPI), who dubbed the project “Upgrade to Linux” (UTL) Initiative. UTL quickly received a lot of traction from the open source community right after its launch, volunteers, companies and other projects joined in and continue to propel it. One of them is grommunio.

In December, grommunio reported another major success in terms of investment: For further growth, the digital communication platform grommunio has closed a financing round in the high six-figure range. Both, an active partner and a business angel have joined grommunio as investors. With this investment, the support and development teams are going to be expanded, and grommunio plans to further develop its technology and expand further into new markets.

A really big present for all grommunio users, admins and partners was yet to come: On Christmas Eve the developers published the new major version 2022.12.1. With this version, grommunio became the world’s first multi-LDAP groupware, for example supporting direct integrations with user backends of hosted customers – thus giving organization-level integration to hosters and customers which now can maintain enterprise policies without sync or replica issues.

Apart from that, there’s a new desktop application “grommunio Desktop”, an Admin-API for PowerShell and grommunio Meet for Outlook, bringing conferencing into Outlook clients. Docker, Kubernetes, AutoDiscover, AutoConfig and EWS are further features, many more can be found in the release notes. In combination, most of these improvements had large effects on grommunio’s performance, allowing up to 2100 % more session capacity per hardware.

The release tops a successful year for grommunio, and the new roadmap shows that this journey won’t stop any time soon – 2023 will bring improvements in grommunio Next, a multi-account client for the Open Source Graph API implementation. Microsoft Graph is the main API to access Microsoft cloud-based services, for which grommunio will provide support, enabling M365-integrating third party products to interface with grommunio as well. grommunio’s implementation is bringing it to the free software world, tightening its technology leadership in open source groupware.

We at grommunio know very well that without you, our users, admins, customers, developers, community members and partners this journey would not be possible. That’s why we say: Thank you!